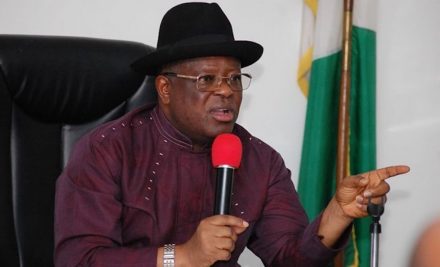 Ebonyi State Governor, David Umahi, ahead of the 2023 general elections in the coming month, announced public holidays for public servants and students in the state to enable them to retrieve their Permanent Voter Cards (PVCs).

In a statement signed and issued through the State Commissioner for Information and State Orientation, Barrister Uchenna Orji, the state government declared a break from work on Thursday, January 26th and Friday, January 27th, respectively.

The short holiday according to the statement, will enable government officials and eligible primary, secondary and higher institution students who are yet to collect their PVCs to do so.

Governor Umahi said the break was given in consideration of the Independent National Electoral Commission, INEC deadline for collecting PVCs nationwide.

The statement read: “In consideration of the INEC’s deadline for the collection of Permanent Voter Cards (PVC) nationwide, the Governor of Ebonyi State, His Excellency Engr Chief David Nweze Umahi FNSE FNATE CON GGCEHF, has declared a two (2)-day Public Holiday from Thursday 26th to Friday 27th January 2023 for all Civil and Public servants, all primary and secondary schools.

“Please always accept the assurances of the esteemed regards and best wishes of His Excellency, the Governor.”