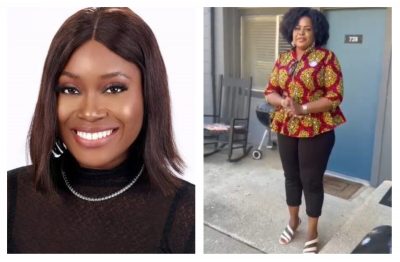 The mother of Big Brother Naija housemate Daniella, has taken to her IG to beg Nigerians to vote for her daughter to win the 100 million naira prize money.

Her request was made after Big Brother Naija reality TV show added a day to the voting timeline.

Soliciting support, Daniella’s mother began by appreciating Nigerians for ensuring her daughter made it to the grand finale. She then appealed with everyone to vote immensely for Daniella so that she can win the grand prize.

Stating why Nigerians should vote her daughter, Mrs Peters said Daniella is a sweet , easy-going, and wonderful girl who never gives her any problems.

Kemi Filani news reported that since Daniella’s love interest, Khalid left the house, the reality star had found comfort in the arms of Level One housemate, Dotun.

At first, Daniella tried playing hard to get by pushing away the reality star, but the competitive housemate finally bowed to pressure as she gave in to him.

Some weeks ago,Dotun beat Phyna, Chichi, and Adekunle to emerge the week’s HOH.
The new HOH chose Daniella, whom he always had eyes for as his Deputy.

The two were given exclusive access to the HOH room, where things got heated.

In a video which made rounds, Daniella was seen kissing and cuddling Dotun after days of denying any budding relationship between them.

At first, this had left many of Daniella’s fans displeased as they were rooting for her and her supposed evicted boo, Khalid.

But it seems now people are warming up to their brewing relationship.
At their Jacuzzi party, the lovebirds couldn’t stay apart as they were seen partying together.

Many were already rooting for the reality stars’ relationship as they declared support for them.

One Olivia Ntongo wrote, “Daniella and Dotun look so cute

One Zee Luxury wrote, “Daniella and Dotun my ship

One Repha noticed Daniella’s fondness for Dotun, he wrote, “I can now confirm Daniella has a thing for Dotun. She’s just pushing him away fearing on how the viewer’s will react since there was khaniella ship

One Mr Jaay wrote, “Khalid sorry o but Daniella is for Dotun o so move on

One Beloved Loyalty, “To be honest I prefer Dotun and Daniella together Khalid is a control freak

One Ngogoa concurred with Soft Major as she wrote, “They look good together. 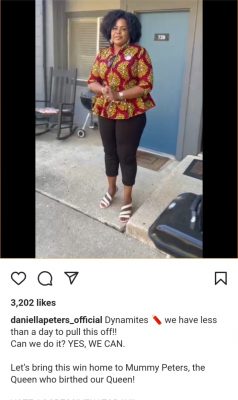