Osinbajo, Other World Leaders Ride In Buses As Biden Uses ‘The Beast’ To Queen’s Funeral The Vice President of Nigeria, Yemi Osinbajo and other world leaders took a bus ride to the funeral of late Queen Elizabeth II ditching their usual private motorcades, this aside the President of America, Joe Biden, who was granted an exception to use his armored  “Beast” vehicle to get around the capital. Leaders from around attended the funeral of the recently deceased Queen Elizabeth II, who will be laid to rest on Monday after a historic state funeral.

Several dignitaries were spotted at the pick-up point this morning ready for the 11am ceremony at Westminster Abbey. 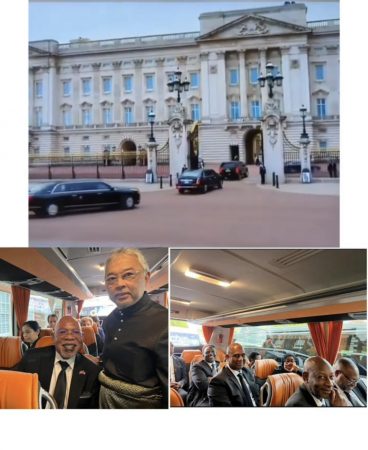 Despite criticism of making world leaders slumming it on the bus, New Zealand’s PM said she did not understand the “fuss”.

Revealing she regularly makes her ministers carpool, Jacinda Ardern said yesterday: “I don’t think the bus warrants too much fuss.” 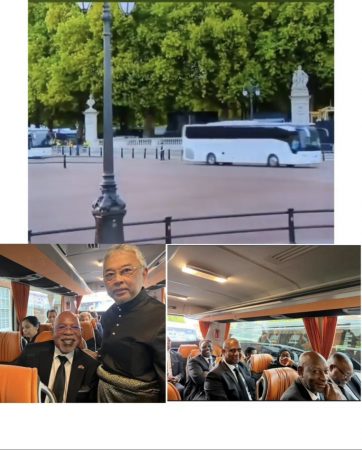 Canadian PM Justin Trudeau added this morning that “a lot of great conversations happen on the bus.”

The longest-serving monarch in British history, died aged 96 at Balmoral, her Scottish Highland retreat, on September 8 after a year of declining health.

She was succeeded by her 73-year-old eldest son, King Charles III, who late Sunday said he and his wife, Queen Consort Camilla, had been “deeply touched” by the public’s flood of messages.

“As we all prepare to say our last farewell, I wanted simply to take this opportunity to say thank you,” he said.