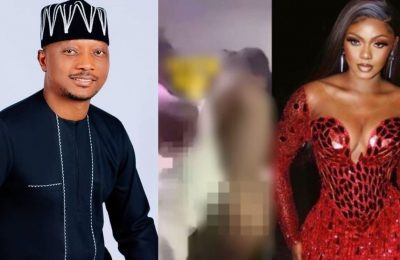 Famous Abuja celebrity fashion designer, Adekunle Seyi VodI was caught pants down with his sidechick inside his elaborate Abuja office.

The side chick Moesha is an Instagram influencer who flaunts her lavish lifestyle on social media. 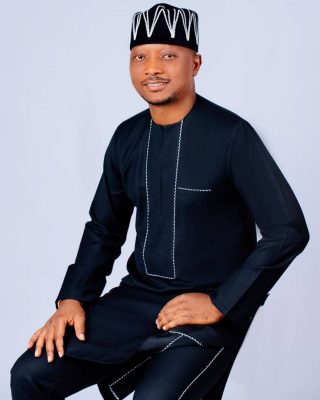 In the video Moesha was given the beating of her life and stripped by Seyi Vodi’s wife who has been on their trail for a very long time.

In the video which is now trending online Moesha was caught stark naked and was said to be allegedly making out with Seyi inside his elaborate office.

According to reliable sources, the wealthy city fashion designer is rumored to be famous for having affairs with young Abuja ladies, the majority of whom are escorts posing as students at UNIABUJA.

He has been supporting his sidekick (Moesha) for years and is responsible for the opulent lifestyle she leads, including the pricey apartment she resides in; in fact, there are allegations that he may have even bought her a brand Benz.

The wife was recently alerted by a source that Moesha was present in her husband’s office as usual, and all hell broke loose. She drove down to his office out of rage and found them both completely naked.

According to reports, Seyi Vodi escaped, leaving Moesha who obviously met her waterloo.

The trending video shows the angry wife confronting Moesha, who was butt naked in the office, as she screamed the roof down and reminded her that she warned her to leave her husband alone.

THE HOUSE OF MOESHA GIST