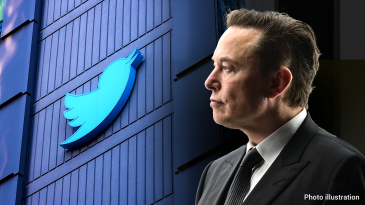 A judge in the United States, Chancellor Kathaleen McCormick on Tuesday, set a five-day October trial date for the looming legal battle between Twitter and Tesla CEO, Elon Musk.

Tuesday’s hearing centred on Twitter’s push to set a trial date for as early as September in a case focused on Musk’s attempt to walk away from a $44 billion agreement to purchase the company. Twitter accused the Tesla CEO of smearing its reputation and lowering its value.

Musk had announced that he was terminating the deal earlier this month, but Twitter has sought to hold him to it, saying he “knowingly, intentionally, willfully, and materially breached the agreement”.

The San Francisco-based company, according to Aljazeera, is seeking to resolve months of uncertainty for its business as Musk tries to abandon the takeover, alleging Twitter misled him about the tally of fake accounts on the platform.

Twitter has asked McCormick of Delaware’s Court of Chancery to find Musk breached the agreement and to order him to complete the deal at the agreed price of $54.20 per share.

The company’s value dropped to $32.65 per share last week, erasing nearly $3bn in value. It was trading at about $39.16 on Tuesday morning, up about 2 percent and near the highest level since Musk said he was walking away.

Twitter wanted an expedited trial in September because it said Musk is smearing Twitter and undermining operations by refusing to approve business initiatives, such as an employee retention plan.

“It’s attempted sabotage. He’s doing his best to run Twitter down,” William Savitt, a lawyer for Twitter, said during Tuesday’s hearing, which was held virtually after McCormick said she tested positive for COVID-19.

The company said adopting Musk’s “slow walk” proposal for a 2023 trial – his legal team had proposed a mid-February start date – left little time for additional litigation over deal financing if Musk is ordered to close. The deal financing expires in April.

But Musk on Friday accused Twitter of seeking a “warp speed” trial to “railroad” him into buying the company.

McCormick said on Tuesday that his legal team had underestimated the court’s ability to “quickly process complex litigation”. She asked the parties to work out the schedule for the trial, which she set at five days.

Since agreeing in April to buy Twitter, Musk has questioned whether the company misled regulators about fake accounts and bots on the platform.

A lawyer for Musk on Tuesday blamed Twitter for dragging its feet in responding to requests for information regarding the methods for calculating the number of spam accounts and he said an expedited trial will prevent the truth from coming to light.

“When Mr Musk started asking questions, the answers he got were alarming,” said Andrew Rossman, Musk’s lawyer, adding that it will take months to analyse massive amounts of data to resolve questions about Twitter’s spam accounts.

Rossman also rejected Twitter’s argument that his client was trying to damage the company as “preposterous. He has no interest in damaging the company,” said Rossman, noting that Musk is Twitter’s second-largest shareholder with a far larger stake than the entire board.

Rather than Silicon Valley, where Twitter is based, the company has lodged its lawsuit against Musk in Delaware.

The firm is incorporated in the tiny state like scores of other companies, and the case will happen in the Delaware Chancery Court that has deep experience in business disputes.