A coalition of civil society organisations of Nigeria has threatened to embark on a mass protest over the scarcity of premium motor spirit in Nigeria. 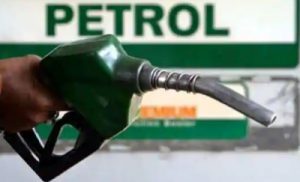 The statement said, “our problems in the Oil and Gas Sector started immediately the President who doubles as the Hon. Minister of Petroleum Resources appointed Mr Mele Kyari as the Group Managing Director of the NNPC “

The statement added: “Early this year for instance, NNPC imported adulterated fuel with high methanol beyond our national standard and recommendations, which remains first of its kind in recent time and particularly under the current administration where long queues have become history, sadly, due to the inability of the current management and its inactive Board members to effectively and efficiently discharge their duties.”

“They have successfully drag us backwards from developing Nation to under developed Nation and it has been reported that we are now the poverty capital of the world, since all key performance indicators of our economic prosperity remains negative.”

“Today our nation is in serious economic crisis and this crisis is recurrent; all accusing fingers are pointing at the Nigerian National Petroleum Corporation which remains the engine room of our survival as a Nation.But sadly the said NNPC has not remitted a single kobo to our nation’s treasury in the last 7 months under the leadership of Mele Kyari and his team”.

“NNPC and it’s subsidiaries are the sole managers of crude oil which account for more than 80% of Nigerian foreign exchange earnings, yet they have largely claimed to be using the oil proceeds to pay for fuel subsidy. This fuel subsidy remains the biggest …in our nation history since 1960, because it only favours few elite in the sector at the detriment of our nation’s growth and development.”

“As law abiding citizens our organisation at different levels has been following the activities of NNPC and board members with positive expectation but sadly from the commercialisation to the partial and illegal adjustment of pumps price between 195 to 225 depending on the area and zone, yet we are still witnessing non availability of the products.”

“Our concern as a group is the availability of the products even if it is a thousand naira per litre and anything short of this will lead to massive nation wide protest in the next 7 days which will be centered around calling for the sack of the state minister, Mele Kyari and his team and the entire board members of NNPC .”