The Peoples Democratic Party and its presidential candidate, Atiku Abubakar, are strategising on how to win votes from the South-West, this followed the emergence of a former governor of Lagos State, Asiwaju Bola Tinubu, as the presidential candidate of the ruling All Progressives Congress.

Sources close to the party and its presidential candidate said the emergence of Tinubu, being an influential politician from the South-West, had changed the dynamics of the party’s preparation as regards how to win votes from the zone.

The North-West, the only geopolitical zone with seven states, has the highest number of registered voters in the country, followed by the South-West, which has Ekiti, Lagos, Ondo, Ogun, Osun and Oyo states.

Meanwhile, some party chieftains in the South-West are demanding fair consideration from the party and Atiku as an incentive for the region. They said this was important for the PDP to be able to compete favourably with Tinubu in the region. They said if the party wins the February 25, 2023 presidential election, certain positions should be zoned to the region.

For example, the PDP in Oyo State said the senate presidency should be zoned to the South-West if the party won the presidential election.

The publicity secretary of the party in the state, Akeem Olatunji, in an interview with one of our correspondents on Friday said aside the Senate presidency, the PDP in the region wanted the development and adequate security of the South-West.

Olatunji said, “We expect the Senate Presidency to come to the South-West. But what we want mainly in the PDP here is good governance. We want the roads to be fixed, let there be provision of infrastructure and creation of state police to assist in tackling insecurity.

Also, we want the economy to be fixed because it has been terribly damaged by the APC government. We want the Ibadan Airport to be upgraded to international standard and an inland dry port in order to decongest the sea port. The Ibadan – Oyo – Ogbomoso Expressway is a very strategic road and should be completed quickly. I believe Alhaji Atiku Abubakar will do all these and more if he wins the presidency. The agitations for secession by various groups will end with good governance and justice. This is what the PDP will do.”

In Ogun State, the party said it would negotiate for juicy slots once the party wins.

The publicity secretary of the party in the state, Bankole Akinloye, in an interview with one of our correspondents in Abeokuta on Friday, said the state chapter would work for the success of the party at the poll before demanding its slots.

He said “For Ogun State PDP, what is paramount to us is the success of the party in the election. It is when a hunter kills an animal while hunting that he can start thinking of sharing the meat. What we will request for as a party will be after election. Definitely, we have ministerial appointments that will come to the state. We have ambassadorial appointments that would also be demanded for and several other juicy appointments.”

In Ondo State, the publicity secretary, Mr Kennedy Peretei, in a telephone interview  said, “The PDP has a tradition of balancing government and party positions among the six geopolitical zones. That is, National Chairman of the party, President, Vice-President, Senate President, Speaker of the House of Representatives and Secretary to the Government of the Federation. Each zone will certainly pick one of the positions. So, the South-West is already factored into the equation. No zone will be shortchanged.”

On the specific position that might be zoned to the South-West, Peretei said the region might get the position of the Speaker of the House of Representatives or the SGF or the party’s national chairman. “Any of the three can be achieved based on personalities and other factors determined by leaders of the party,” he added.

In Osun State, efforts to reach the acting chairman, Dr Akintunde Adekunle, for comment proved futile as he was said to be engaged in the governorship campaign of the party’s candidate, Senator Ademola Adeleke. 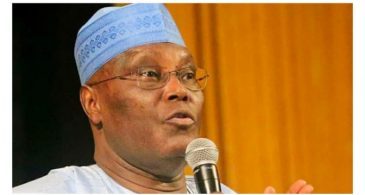 two members of the party’s Board of Trustees that were contacted declined comment.

But the immediate past Deputy National Publicity Secretary of the party, Diran Odeyemi, in an interview with one of our correspondents, said the party should zone the position of the national chairman to the South-West.

Odeyemi said the party might not be able to woo voters in the South-West because the ruling APC has a Yoruba man as its candidate unless a major party post was given to the region.

He added, “We have been saying it. Let the PDP give the South-West the post of National Chairman. We are already being boxed to a corner because APC has a Yoruba man as its presidential candidate.”

In Ekiti State, the acting Chairman, Mr Lanre Omolase, gave an assurance that none of the six geo-political zones would lose out of key political positions if the party won the 2023 presidential election.

He said even though this was purely a task for the National Working Committee, he was sure no region would be left out.