Dr Doyin Okupe, the former Special Assistant on Media and Publicity to ex-President Olusegun Obasanjo, on Friday, said he was the running mate of the Labour Party’s presidential candidate, Peter Obi.

Okupe disclosed this on Friday when he appeared on Channels Television programme, Politics Today.

He claimed that his name has been submitted to the Independent National Electoral Commission by the party.

Okupe said, “I’m standing in as the vice-presidential candidate of the party. 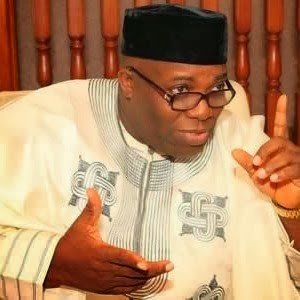 “Labour party has submitted my name as the VP of the party.”

The PUNCH reports that the former Anambra State governor received the certificate of return last Friday following his emergence as the flagbearer of the party in the 2023 presidential election.

He emerged at Labour Party’s Convention and presidential primary held in Asaba, Delta State, on May 30 2022.

Earlier at the convention, Professor Pat Utomi stepped down for Obi. Utomi announced that Obi is a younger aspirant with the capacity to effect the needed change in the Nigerian system.

Also, another aspirant, 45-year-old Joseph Faduri stepped down for the former governor.

Obi, who was a presidential aspirant of the Peoples Democratic Party, resigned from the PDP and also withdrew from the presidential race on the platform of the party on mAy 25.

He announced his resignation in a letter titled “Resignation From PDP and Withdrawal from the Presidential Contest” addressed to the PDP National Chairman, dated May 24.

Obi, in the letter, attributed the decision to recent developments within PDP.

Obi, who was a former governor of Anambra State, was also the party’s running mate to PDP presidential candidate, Atiku Abubakar in the 2015 presidential election.

Until his resignation, he was one of the 15 aspirants vying for the presidential election.

Until his resignation, he was one of the 15 aspirants vying for the presidential ticket of the PDP before his defection.