A United Kingdom High Court has ordered the closure of Salvation Proclaimer Ministries Limited, a church led by Nigeria-born Tobi Adegboyega, over alleged financial mismanagement and lack of transparency in its operations.

In a statement published to the UK government website on Friday, the church, popularly known as SPAC Nation, was said to have been closed “in the public interest.”

The church, according to the statement, was wound up “after failing to properly account for more than £1.87 million of outgoings and operating with a lack of transparency” in the High Court on June 9, 2022 before Judge Burton.

The statement partly read, “Salvation Proclaimer Ministries Limited, more commonly known as SPAC Nation, was wound up in the public interest in the High Court on 9 June 2022 before Judge Burton. The Official Receiver has been appointed as liquidator of the company.

“The court heard that SPAC Nation was incorporated in 2012, a charity set up to advance Christianity. Much of its charitable work was based in London, working particularly with vulnerable people, youth, and offenders.”

While noting that SPAC Nation, which was incorporated on 10 September 2012, initially had positive reviews and media attention, the statement said the church “was subject to media scrutiny following allegations by former church members they had been financially exploited by senior church personnel” by late 2019.

“Initially, the church group received positive reviews and media attention. But by late 2019 SPAC Nation was subject to media scrutiny following allegations by former church members they had been financially exploited by senior church personnel.

The Insolvency Service received complaints about SPAC Nation before instigating its own confidential enquiries into the church group’s activities,” according to the statement.

The statement further said the church failed to comply with statutory requirements and made claims without providing supporting information. 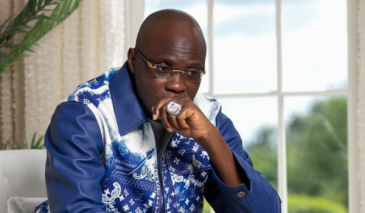