Nigerians were on Wednesday, divided on social media following the open endorsement of All Progressives Congress presidential candidate, Bola Tinubu, by the Yoruba Nollywood actors.

While some backed the choice of the actors, others claimed that the same set of thespians was among those who allegedly foist the President, Major General Muhammadu Buhari,  and attendant maladministration on Nigeria in 2015 and 2019.

Our correspondence reports that, support for the APC presidential candidate receive a boost on Wednesday as Yoruba Nollywood superstars openly endorsed the former Lagos State governor.

The thespians noted that their support for the APC national leader had become imperative following his support for the movie industry, practitioners, and the ex-governor’s influence across the country.

The actors made their position known in a video clip shared by a veteran actor, Yinka Quadri, where some of his colleagues took turns to endorse Tinubu’s candidacy.

But reacting to the endorsement, Nigerians on Twitter expressed concern over the Yoruba actors’ support for Tinubu at a time when the country allegedly needed a fresh hand with ideas as a leader.

@Theabiolasteven wrote, “The persons’ morality and integrity are to be questioned in the first place. Nollywood Yoruba as always been a hall of shame since time beyond, hungry sets of men and women. If the women are not Mc Oluomo short time knacks then the men are stomach infrastructure wobiyas.”

@Ifeadigoh also wrote, “Tinubu supporters have a tribalistic strategy that focuses on provoking the people from South East. They do this to get a reaction from the South Easterners which they would use to prove that South Easterners don’t like Yoruba. Divide and Conquer 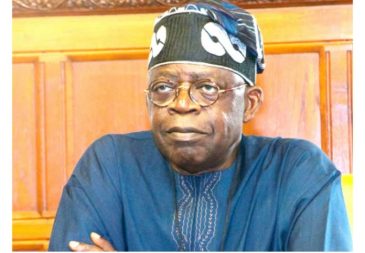 @_Samcleave said, “You cannot watch Nollywood Yoruba, see how 95% of their products are senseless, and still think those that own that industry has any cognition to influence your electoral choices.”