Five Youths Remanded For Torturing Lady In A Viral Video

A Chief Magistrate Court sitting in Ilorin, Kwara State, has ordered the remand of five young men who allegedly tortured a lady in a viral video at the Federal Correctional facility in Mandala, Ilorin till August 1, 2022.

They were alleged to have assaulted and tortured a young lady, 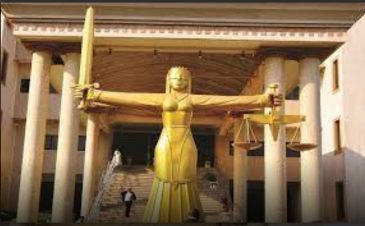 According to the prosecution, the five accused persons were charged with criminal conspiracy, criminal intimidation, and indecent assault contrary to sections 97, 114, 210 and 391 of the Penal Code Law and punishable under the same sections of the law.

They were also alleged to have inflicted physical injury on the person of Ayomide Afolayan, a student of Bartholomeu College of Health Science, Shao.

The accused were also charged with inflicting emotional, verbal, and psychological abuse on her, contrary to sections 3 and 13 of the Violence Against Persons (Prohibition) Law 2020 of Kwara state.

The five accused persons pleaded not guilty to the charges before the Court.