Did Tinubu Win 2015 Election For Buhari, Or Is It Just A Propaganda?

Did Tinubu actually win 2015 Election For Buhari, or is it just a Propaganda?

Tinubu supporters have always acclaimed the political genius Tinubu is. How without Tinubu, Buhari can never become president, How tinubu ensured Buhari won.

How True is this? 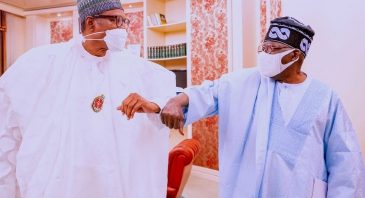 2007
In 2007 Tinubu and Atiku aligned against Obasanjo and Yaradua. They spent money, played all their cards but still lost to Yaradua. Not only did they lose, Atiku came a distant 3rd.
Yaradua had 24.6 Million votes
BUHARI HAD 6 million votes
ATIKU WITH TINUBUS HELP ONLY HAD 2.6 million votes.
Buhari had 4million votes more than tinubu and atiku could get without spending the money tinubu and atiku spent
So tinubu proved to be a light weight in national politics in 2007.

2011
Tinubu regroup again in 2011 with his ACN party and presented Nuhu Ribadu. How well did they do?
Jagaban was only able to get 2million votes where Buhari without the money and Media strategies of Mr. Tinubu got a whopping 12 million votes. JONATHAN WON WITH 22MILLION VOTES!

Again Tinubu failed woefully in 2011, he even got lesser votes than in 2007. But Buhari got double the votes he had in 2007. Showing that Buhari was getting more popular and stronger.

2015
2015 was finally the year that projected tinubu to the status he hold till date. It is believed that tinubu helped Buhari win. BUT DID HE? Let us look at the results again.
LAGOS AND OSUN STATE ARE THE 2 STATES COMPLETELY UNDER TINUBU YET BUHARI ONLY WON NARROWLY BY ABOUT 100,000 VOTES IN BOTH STATES. TINUBU could not deliver massive votes for Buhari in the Entire SW. It was embarrassing.
Buhari only managed to win GEJ thanks to KANO, KATSINA and KADUNA. Where he massively floored GEJ. If not for Buhari’s popularity in the North, he would have lost as he only narrowly won GEJ. This is also thanks to Kwankwaso as you can see how mu h kwankwaso helped Atiku in 2019 again. Proving kwankwaso is a bigger fish than TINUBU in national politics always giving his candidates massive results.
Please note that TINUBU had zero influence in the states that gave Buhari massive votes in 2015.
GEJ HAD PDP CRISIS AT THAT TIME HEADED BY OBASANJO WHO LEFT PDP. not TINUBU.

North felt Yaradua did not finish his tenure and a northerner must continue not GEJ.

CHIBOK GIRLS kidnap also was a big factor that tarnished Gej as incompetent.

In all this TINUBU had almost no positive contribution that helped Buhari win.

He paid media and people to go online and start spreading the news that he was the master mind behind Buhari winning. Buhari had always been bigger than TINUBU in national politics and the results are there for all to see.

TINUBU could not even deliver for Buhari in 2015.