The presidential flag bearer of the All Progressives Congress, Asiwaju Bola Tinubu, on Monday, left the country for France.

Tinubu departed Nigeria shortly after he held a closed door meeting with the President, Major General Muhammadu Buhari  at the Presidential Villa, Abuja, in the morning.

This was contained in a statement issued by Tinubu’s Spokesman, Tunde Rahman, in Abuja.

The statement partly read, “He is off to Paris, France to hold some important meetings. The APC standard bearer is expected back in the country shortly.”

The development is coming in the wake of Tinubu’s statement on Sunday, that he was still searching for his running mate for the 2023 presidential election.

Although Rahman did not state how long the former Lagos State Governor would be away, there were insinuations that his travel must have something to do with the consultation for his running mate.

The development is coming in the wake of controversy over Tinubu’s claims that he lost his academic certificates, in his submission to the Independent National Electoral Commission.

The national leader of the APC stated that he was still studying how the House of Representatives Speaker, Hakeem Gbajabiamila and the Deputy Speaker, Ahmed Wase, had been working harmoniously, in his search for a running mate.

He said this at the presentation of a book titled ‘Mr Speaker’The Legislative Life, Service and Resilience of Femi Gbajabiamila and the unveiling of a Legislative Mentorship Initiative to mark the senator’s 60th birthday.

The northern governors of the APC from the North West and North East were divided over, the choice of a suitable running mate for the party’s presidential candidate, Tinubu.

A party chieftain, who spoke on condition of anonymity said that the delay in settling for an acceptable candidate among, the governors spurred the party to temporarily opt for a placeholder.

The APC had submitted the name of a party chieftain in Katsina State, Ibrahim Masari, to the Independent National Electoral Commission as its surrogate running mate.

Masari is a serving board member, of the National Institute for Policy and Strategic Studies in Kuru, Plateau State.

The source told one of our correspondents that nine days after Masari’s name was submitted to the INEC, the APC had yet to settle for a candidate. 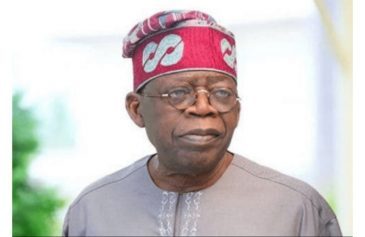