Delta State Governor, Ifeanyi Okowa, has emerged as the running mate to the presidential candidate of the Peoples Democratic Party (PDP), Atiku Abubakar.

Mr. Okowa’s nomination was announced and confirmed by Atiku himself on Thursday at an unveiling event of his running mate held in Abuja.

Atiku while speaking on his choice said his Vice President must fulfill the qualities to be president and one that could complement him as a President.

He added that he should symbolise the quality to unite Nigeria, who is not afraid to speak and give advice on governance in the country. 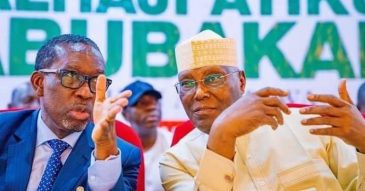