Pep Guardiola and his team lost against Real Madrid at Santiago Bernabeu. Note that the game was end-to-end, but Manchester City looked more threatening in the final third. The first half ended in deadlock, but Riyad Mahrez’s beautiful strike gave City the lead before Real Madrid scored three goals. 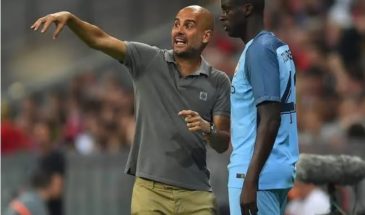 Well, the highlights of the game were Walker’s performance against Vinicius, Mahrez’s goal, Pep Guardiola’s late chances, Madrid’s performance in stoppage time, and Rodrygo’s influence as a substitute, but this article will focus on why fans are saying Guardiola should apologise to Toure after another disappointing UCL exit. Take a look

Note that in 2018, Toure’s agent claimed that Pep Guardiola won’t win the UCL again because of an “African Curse.” Recall that Yaya Toure’s agent statements about the “curse” on Pep Guardiola’s UCL challenge are related to Toure’s treatment at Manchester City. Note that Toure’s agent said Pep didn’t give Toure enough playing time. For this reason, several fans are saying that Guardiola should apologize to Toure after yet another shocking UCL exit. Note that Pep lost out on three UCL after Toure’s made that statement, but the game against Real Madrid was very shocking.