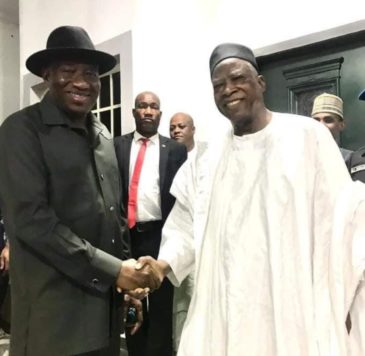 Ahmad made the claim shortly after it was reported that a Northern Group bought an APC Presidential form for the former Nigerian leader.

So Goodluck Jonathan has dumped the opposition PDP and now member of our great party, the All Progressives Congress (APC).

Ahmad also noted that Jonathan’s new political development might push some critics into digging up some posts some APC members made about him pre-2015 presidential election.

Meanwhile, Jonathan last night had a closed-door meeting with the National Chairman of the All Progressives Congress APC. The meeting lasted for an hour, specifically between 9pm and 10pm.

The meeting came hours after a group of Almajiris purchased the APC presidential nomination forms for the former President.

Jonathan in a statement released by his aide, Ikechukwu Eze, distanced himself from the group and stated that he did not authorize the purchase of the nomination forms.