Adele Wins Artiste Of The Year, Two Others At British Music Awards

British superstar Adele won three awards, including the coveted Album of the Year, at the Brit awards on Tuesday, during a ceremony that did away with gender specific categories for the first time. 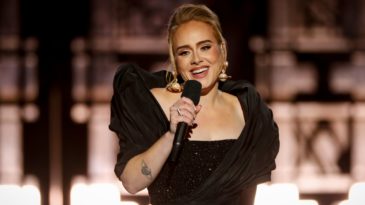 Adele won best album for “30”, as well as song of the year for her hit single “Easy On Me” and artist of the year, no longer female or male, after which she acknowledged the changing times.

“I understand why they changed the name of this award, but I really love being a woman, being a female artist, I do,” she said to applause at the packed O2 arena in London.

“I can’t believe a piano ballad won against so many bangers,” she said after winning song of the year against competition from the likes of A1 & J1, Central Cee, Glass Animals and KSI.

The Brits said they did away with gendered categories to celebrate “artists solely for their music and work, rather than how they choose to identify or as others may see them.”

Sam Smith, who is non-binary, did not submit their album “Love Goes” last year because it did not fit into the male and female categories.