Silver Pacific Homes Out With The Trillion…Ground Breaking Apartments

On Thursday, 11th of November, Real estate giant , Silver Pacific Homes added a new estate to her collection of amazing estates. THE TRILLION, as it was named happens to be a masterpiece all stakeholders looked forward to, as it was the first of its kind in the company.

The event was witnessed by various consultants, prospective and current clients, major stakeholders and members of staff. The event held at the building site was a beauty to behold. The estate comes with a tag of, “Unlimited Happiness” and it lived up to the billing as smiles never left the faces of the guests throughout the event.

At the event, the MD of Silver Pacific Homes, Mr Samuel Ikojie announced the project to consist of apartments, terraces and detached duplexes.

The estate sold at off-plan would have a glory of facilities, such as gate house, Gym, good drainage system, perimeter fence, electricity, security, interlocked compound amongst others. The buildings would also boast of WIFI (enabled), Air conditioner (enabled), swimming pool and elevator.

The General Manager, Mr Adeniyi Opebiyi gave more insight on what prospective investors should be expecting from this massive project. He informed the guests on the various payment plan to be within 6 months to 24 months. He also announced the prices of the various elements the estates would consists of.

*Each of the aforementioned comes with an initial deposit of N3m.

The event ended with a heavy downpour but couldn’t stop the guests from dancing to the tune of good music from different genre. 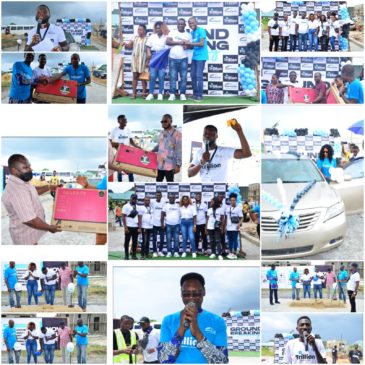