Enugu born Nollywood Producer, Nani Boi has said, one of the best highlight of his career in movie making is working with long time actor and movie director, Ernest Obi. Nani Boi who just round up production for his latest movie, “Dear Sisters” also revealed that the highly coloured and produced movie was directed by the light skinned thespian.

Gushing over their work relationship, Nani Boi said; “This is the second time I am working with Ernest Ob under Nani Boi production, about the 8th time in movie productions. I started admiring him as a movie maker/actor since the days of “Rattle Snake” and “Love Affair”. His acting and directing prowess made me look forward to working with him. So, the moment Nani Boi group came up with our first movie project, I got in touch with him and that was the movie “Mummy Why.” The movie remains one of the best nollywood movies ever produced, but the quality of “Dear Sisters” is a clear indicatio we have improved and upgraded. So working with Ernest Obi is one of the best things that has happened to me as a movie maker”.

Giving details of the budget, location and production of the movie, the multi-talented screen writer said; “Nani Boi Group spent a lot to get the quality in the production but I wouldn’t want to mention a budget and the Oga at the top will mention a different budget. LAUGHS! He continues, “The entire movie was shot in Enugu state. Enugu has very beautiful locations and I felt we should use this opportunity to showcase the beauty and peacefulness of my beloved state. All the scenes were shot in Enugu” he noted.

As the movie prepare for release, he tells his fans what to expect as they go out to see the movie; “I want to assure my friends and well wishers, who I consider real my fans, that “Dear Sisters” movie will get them engrossed from the first to the last scene and will also unravel a lot of things they need to understand about marriage and relationships. 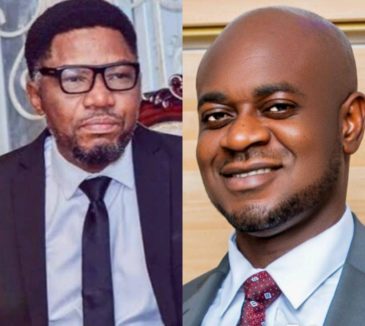 It’s action packed, suspense-filled and highly humorous. Permit me to say that I involved the best hands in the industry” he urges. The movie will be hitting cinemas soon and will be available on other top movie platforms.