Nollywood darling star, Hannah Ojo is definitely in a celebratory mood as she has finally broken silence over her long absence in the movie industry, with her first feature film, Marital Dilemma.

Hannah Seyi Ojo’s long absence from the klieg lights is not unconnected to her relocation to Europe to better equip herself and face the home front. She was a popular face on numerous TV series, and many remember her as “Sisi” the gorgeous ebony damsel on Akin Akindele’s “Burning Spear”.

In 2016/17, she got an AMVCA nomination, but she hasn’t rested on her oars. “ I have always wanted to do my thing, you know, to test my strengths in, especially producing and my first one, Last Act, wasn’t bad, but it was a short film. This one is completely different and will surely blow your mind. I’m so happy that it’s finally here.

The story was written by veteran journalist, Tunde Moshood Jr., and it seems as though he was pretty intentional about making it more didactic than entertaining. The story weaves into plots upon plots, and explodes into quick-paced actions, revealing never-before known truths in medicine, religion, relationship and family.

The scriptwriter who is the SA to Hon. Minister of State for Labour and Employment, Festus Keyamo SAN- says “This is a Hollywood standard, I had to undergo long rigorous pieces of training abroad to be able to write this. It was billed to be shot in France, but the pandemic-3rd waive, would not make it be.” But like they say in this industry, the show must go on, so here we are.

The movie also avails top society wealthy businesswoman of the popular Montai signature, Hajia Tai Elemosho-Okesanjo a spectacular entry into the industry. The debutante was surprisingly a natural actor as she played her role effortlessly. She was also a great hostess to the entire cast and crew as she feted them to top hospitality in one of her mansions tucked away in the choicest area of Lagos.

Marital Dilemma The movie was directed by one of Nollywood’s finest hands, multiple-awards-winning director, the ever amiable Kingsley Omoefe. When asked, he says “ when I first sa 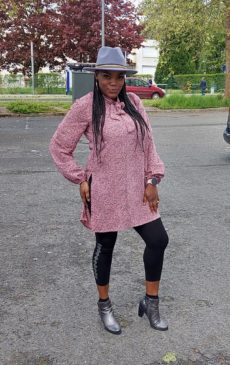 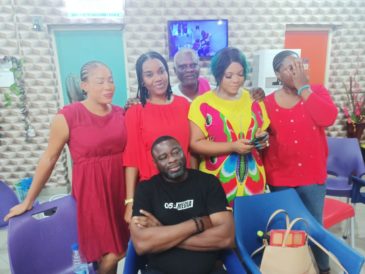 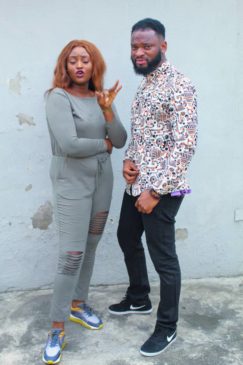 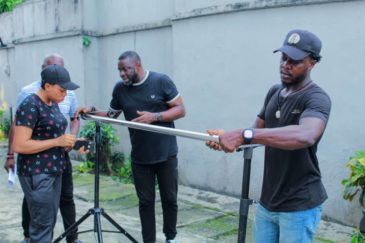 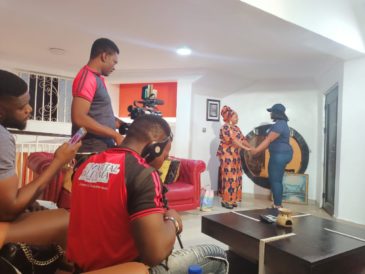 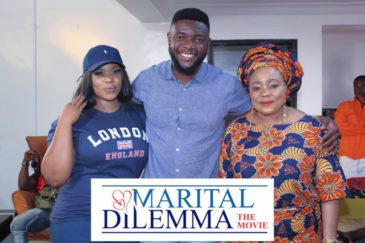 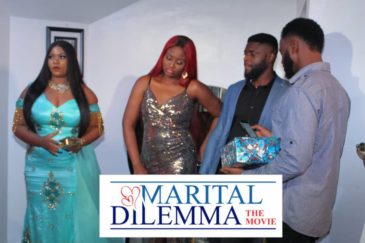 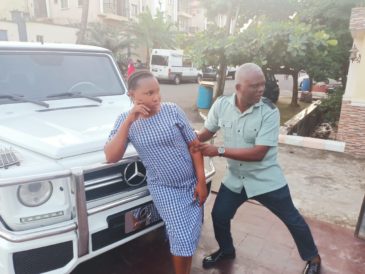 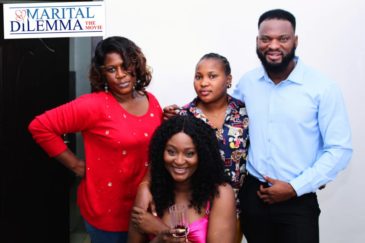 w the script, what came to mind was, TM dey mad? Where he see this kine story? But I enjoyed every bit of it. I learnt so many new things and of course, it’s not unexpected for someone of TM’s pedigree.

The movie is a story of two beautiful friends, Naomi and Prisca, who find themselves in a predicament orchestrated by fate or is it karma? Naomi falls in love and marries the wrong guy, Alex, while the other one, Prisca wrongly falls in love with her bestie, Naomi’s ex, Sam. The story takes a twist when Naomi gives birth to a set of twins with controversial paternities, and only Prisca knows why- now will she betray Naomi or will love conquer? Find out in Marital Dilemma The Movie, by Hannah Ojo.